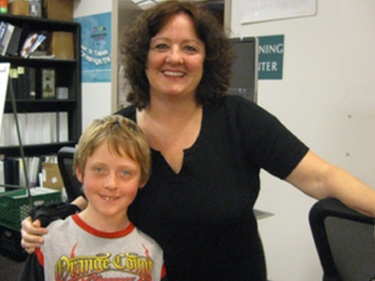 “He can now express himself. His ability to focus, and finish a task has changed, especially with distractions around – background noise used to be so hard for him to deal with. His handwriting has also greatly improved.” His father noted that his son’s life has changed because, “He asks for help now without getting angry. He has really improved.” His mother comments that, “He listens more. When I tell him instructions he understands them and does them. His focus on his assignments, and getting them completed in class, as well as his ability to complete his homework has improved. He’s completing 60% of his work now whereas before he was completing 10%.”
He made 8 months’ growth in reading, 5 months’ growth in math, and 23 months’ growth in processing speed.
His teacher and parents both saw a 50% increase in his ability to pay attention, as well as a 25% bump in his academic improvement. His parents also saw a 50% increase in his ability to organize ideas and communicate, as well as his ability to focus on work.